FLYING taxis will soon take major cities by storm with 23,000 of the aviation automobiles filling the skies as soon as 2035, researchers have claimed.

Sadiq Khans interview in the back of a London Taxi has been proved to be a setup and fake, it was not a real Taxi driver in the front but Norman Smith, Chief Political Correspondent of the BBC.

LEVC advise on hot and cold driving of the TXe

More lazy reporting from The Advertiser with the headline London Taxi Drivers March on City Hall, not a single Taxi driver in sight bu hordes of Uber drivers

Why is the Uber protest reported in the MSM and yet the Taxi protest are not?

Are TFL holding up knowledge boys and girls 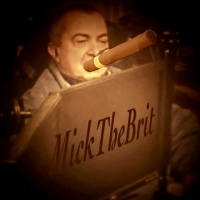 Cab Chat is Open to Everyone E231